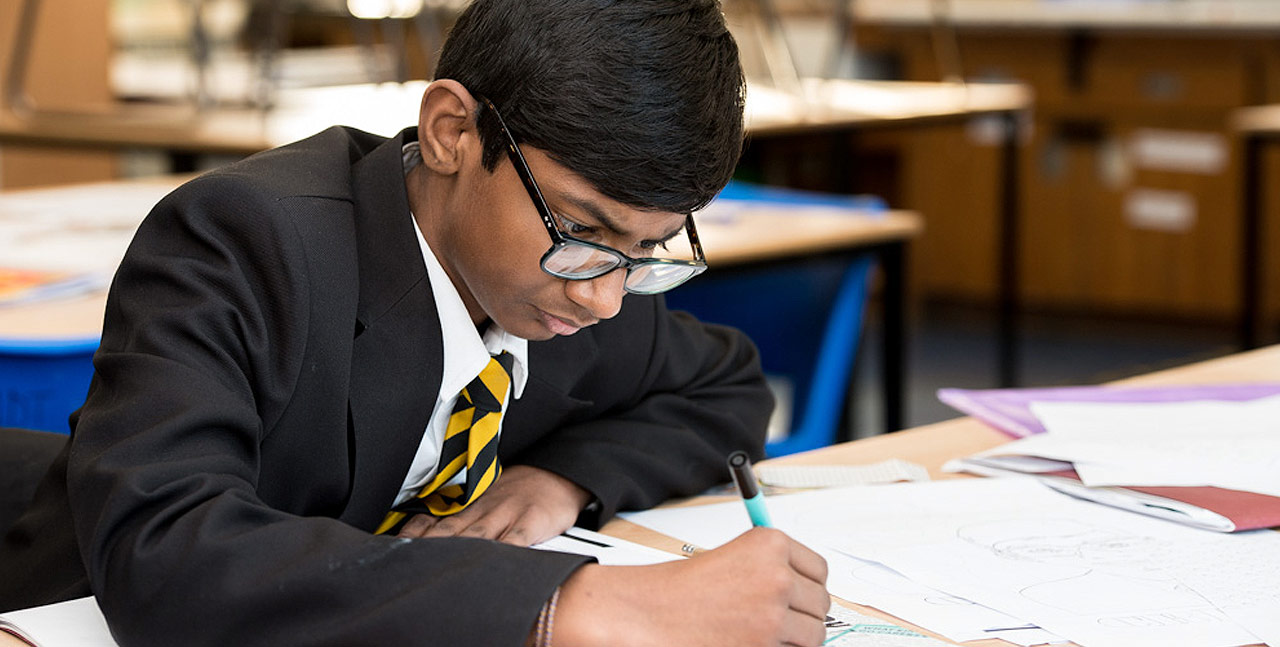 Mr Gale went to  Hereford Secondary school in Grimsby and then studied History at the University of Liverpool. After graduating he later went on to complete his PGCE at the University of Nottingham. Mr Gale started his teaching career at Colonel Frank Seely School in 2001 as a newly qualified teacher of History. During his time at Colonel Frank Seely he has been a Head of Year, Professional Tutor, Assistant Headteacher for Teaching and Learning, Deputy Headteacher before finally becoming the school’s Headteacher in 2017.

Mr Gale is passionate about Colonel Frank Seely and has a desire to ensure that both staff and student achieve their very best.

Mr Gale enjoys keeping fit through running and cycling. He is still passionate about learning and developing as a professional and a person.

Mr Ridley grew up locally in Nottingham and attended Arnold Hill. He graduated from De Montfort University (Bedford) with B.Ed in Physical Education. After graduating Mr Ridley was able to secure a PE teaching job in Nottingham where he stayed for 17 years before moving over to Colonel Frank Seely Academy. Mr Ridley has always had a passion for sport and teaching so to be able to combine the 2 was great!

Mr Ridley is a firm believer in having a growth mindset in all aspects of life and that anybody can achieve anything.

Outside of school Mr Ridley would love to have more time for cycling, running and playing football but he has 3 children who keep him busy.

Mrs Graves brings a range of experiences to Colonel Frank Seely. Since graduating in English and History of Art from the University of Leeds, completing a PGCE and year teaching in Greece, she started as an English teacher in inner London. Her career has included  a number of different senior leader positions, in London and Nottingham, as well as in a top international school in Vietnam. She has worked for the Redhill Trust for eight years in total, including Deputy Head and Director of Teaching School at the Redhill Academy. Mrs Graves has recently completed her NPQH qualification and also works as a facilitator for Inspiring Leaders, delivering leadership training to senior leaders.

In her spare time, Mrs Graves loves to travel, read, play tennis, go the the theatre and art galleries, as well as enjoy the outdoors with her two daughters.

Mrs Graves loves being part of the Colonel Frank Seely community, being in classrooms to see the inspiring teaching and learning and how students are growing with all the opportunities and guidance on offer.

Mrs Garment grew up in Nottingham and also attended Arnold Hill Comprehensive School to study GCSE’s and A Levels. She then went on to study Sport Science at Leeds Metropolitan University. Before completing her teacher training at Nottingham Trent University, Mrs Garment spent two years working in the fitness industry, gaining a variety of different fitness qualifications.

Mrs Garment spent her first ten years teaching in a large comprehensive school in Derbyshire where she fulfilled different roles of responsibility within the PE department and across the school.

Mrs Garment is passionate about teaching and learning and believes that positive relationships, effective communication and personal growth to be at the heart of everything we do at Colonel Frank Seely Academy.

In her spare time, Mrs Garment likes to listen to podcasts and read about mindfulness and well being. She is passionate about keeping fit through running, playing netball and participating in a variety of fitness classes. She also enjoys cooking and baking with her two daughters.

Mr Udoh grew up locally in Stockport and graduated from Manchester Metropolitan University with a degree in Secondary Physical Education. He started as an NQT at CFS and has enjoyed various pastoral roles in the school prior to becoming Assistant Headteacher. He believes in the importance of promoting and developing student character and values and is on the same page as Nelson Mandela who said “Education is the most powerful weapon which you can use to change the world.”

Outside of school his interests lie in sport and playing bass guitar. He enjoys reading a variety of mainly factual books; particularly any relating to Liverpool Football club and Jurgen Klopp!

Mrs Ridgill attended Catherine McAuley RC School in Doncaster and continued her education in business administration and secretarial studies in Leeds. Commencing her career in the banking industry she has held a variety of posts including work in the Probation Service.  After moving to Nottinghamshire she commenced work in her first school,  Garibaldi School in Mansfield.  It was here that her love of  learning really started, leading her to study for an MBA in Education Management at the University of Lincoln.  She was a founding member of the Nottinghamshire Association for School Business Managers (now ABLE) providing support and training opportunities to Business Managers across the county.

Colonel Frank Seely Academy is her third secondary school, joining in 2003.  She is passionate about working with the team of support staff at CFS to provide the best learning environment, resources and student/teacher support that can be offered.

Mrs Evans attended St Bede’s College in Manchester and went on to study French at The University of Wales, Bangor.  She spent a year abroad teaching at schools in Lourdes in the Pyrenees, before returning to Wales to complete her degree and then a PGCE in Modern Foreign Languages. She has always loved learning other languages and has studied Latin, Ancient Greek, Spanish, German and she later began to learn Welsh to help her daughters with their school work. She taught in Wales from 1997 but then moved to Nottinghamshire in 2012 and took up the post as Head of MFL at Colonel Frank Seely.

Mrs Evans became an SLE (Specialist Leader in Education) in 2018 and has provided MFL training and support for other schools in the local area and further afield. She also leads the MFL Network for the Redhill Academy Trust where teachers from different schools meet to share good practice and ideas on Teaching and Learning, to provide the best MFL education for our students. She believes that we are all life long learners.

In her spare time, Mrs Evans reads incessantly and loves going to the cinema with her family.